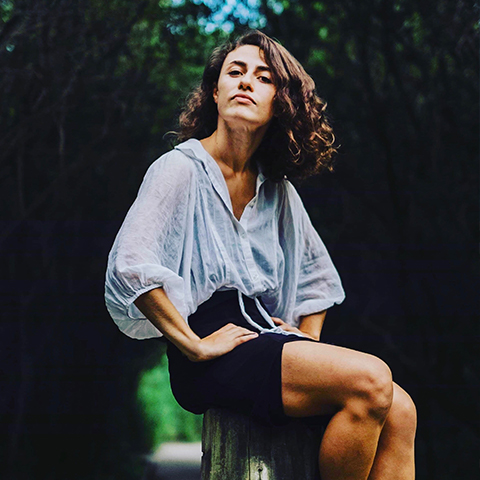 As a young immigrant who has brought the real richness of her heritage together with her love for what is truly American, Lucy beautifully sounds out the best expression of the American dream. Amid the cacophony of voices raging over immigration, this jazz vocalist sounds a very refreshing note. Since arriving from Armenia eighteen years ago at age 12, Lucy has enriched American jazz with a voice that is clear and strong, and with the release of her debut album Blue Heaven ( Cellar Live Records, 2019) critics and musicians agree that a new vocal force has arrived on the scene.

Yeghiazaryan has established herself as a leading voice in the world of straight ahead vocal jazz in and outside of New York City. She tours domestically and internationally and is a recipient of grants from the Doris Duke Foundation, Chamber Music and the New York Foundation for the Arts. She has shared the stage with Grant Stewart, Harold Mabern, Houston Person, Bernadette Peters, Rodney Whitaker, Arto Tuncboyaijian, Steve Williams and many more. She was a top ten finalist in the 2015 Thelonious Monk Competition and holds a degree in World History in addition to being a skilled classical violinist. Lucy Yeghiazaryan grew up in post-Soviet Armenia and began listening to her father's once-contraband collection of jazz records at a young age. Electricity was intermittent so these listening sessions were rare but the collection of standards so captivated young Lucy that years before she ever learned to speak English, she began singing the tunes meticulously mimicking the sounds and styles of the likes of Ella and Sarah Vaughan.

Economic hardships eventually forced the family to immigrate to America in 2002. Yeghiazaryan brought her passion for jazz to the States, where she applied for and received a full scholarship to NJPAC's Jazz for Teens Program and happily became part of the local jazz community. After graduating college, Lucy moved to New York City in 2015 to pursue a career as a singer, and in a few short years she has won the respect and accolades of the elders at the epicenter of the jazz world. 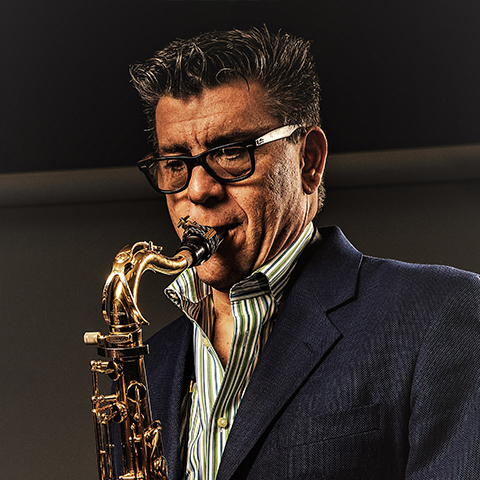 Jeff Rupert toured for fifteen years with Sam Rivers; four albums ensued, and from 1997- 2002 he toured and recorded with Maynard Ferguson. Jeff Rupert’s eleven recordings as a leader all charted on Jazz Week. Performance venues include the Blue Note, Birdland, Carnegie Hall, Lincoln Center, the Kennedy Center, the Tokyo Forum, the National concert hall of Taipei, Taiwan, and jazz festivals in Europe, Israel, Australia, New Zealand and Japan. Rupert’s release Let’s Sail Away with Veronica Swift, Richard Drexler and Marty Morell was #1 on the jazz charts, and his most current album The Ripple with George Garzone has been on the Jazz Week chart for 35 weeks.

Jeff Rupert is Pegasus Distinguished Professor, Trustee Endowed Chair, and Director of Jazz Studies at the University of Central Florida (UCF), and founder of Flying Horse Records. The Bat Swings!, music from the 60’s T.V Show, Batman, charted on RMR, JazzWeek, and NACC, and was the #1 album of the week in the U.S. on two of these charts, simultaneously. The Flying Horse Big band’s latest release is Good News! and was #1 on the RMR charts. Rupert’s most recent album as producer is The Flying Horse Big Band album Florida Rays celebrating the music of Ray Charles.