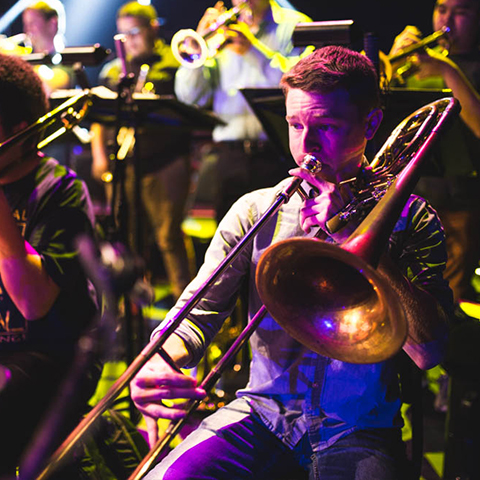 The Flying Horse Big Band is one of the premiere performing ensembles of the UCF Music Department. It has appeared at the Montreux, Switzerland, and the North Sea Jazz Festivals, as well as numerous festival and concert appearances domestically.

Former members of the band include musicians now performing on the Grammy’s and various television shows in Los Angeles, New York and Nashville. Several others are now professors at universities around the country. The Flying Horse Big Band recordings can be found at Flyinghorserecords.com.