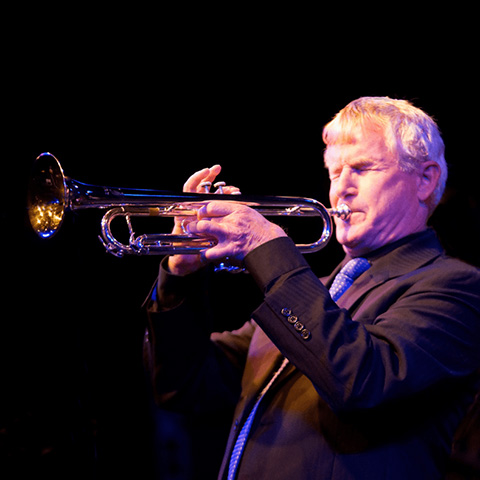 Eager to play trumpet professionally, Charlie started his own dance band in the ninth grade. At age 19 he joined the Clyde Beatty-Cole Bros Circus and toured for six years as first trumpeter and later as musical director. The circus relocated him to Florida where he began to play a variety of gigs: Dixieland show clubs, stage shows with nightclub performers like Mel Tormé, Clint Holmes and Patti Page, and free-lance engagements at Walt Disney World, Universal Studios, and Church Street Station in Orlando, Florida.

In demand as a first-call trumpeter he has backed up artists such as Burt Bacharach, Liza Minnelli, Henry Mancini, Natalie Cole, Johnny Mathis, Aretha Franklin and Ray Charles. He has played on network TV specials for Walt Disney World, Ringling Bros Circus, and several PBS music specials. His AppleJazz cable show from the 1995 AppleJazz concert was nominated for a CableAce Award for "Best Music Program For 1995".

Charlie was the executive director of the annual AppleJazz Festival held in upstate NY, which ran for thirty years from 1984 until 2014. The AppleJazz Band also performed at the Syracuse Jazz Fest in July 2015.

As a teacher and clinician he has led workshops and lectures at universities and high schools, is an adjunct trumpet teacher at Osceola County School for the Arts, and keeps a busy schedule teaching private trumpet students. Still based in Orlando, Charlie enjoys a variety of musical settings and challenges and continues to be one of the most versatile and respected trumpeters and producers in the industry.